Star Recipe Of The Month

Rasam is basically a South Indian soup. It is prepared with tamarind juice, tomato, pepper and other spices. Lentils could be added with some vegetables. It is usually eaten with rice or drank alone as a soup. In a traditional meal, it follows the sambar course and curd rice.

A north Indian Masala that is pungent, but not fiery-hot.It is a combination of different spices & easy-to-make spice blends and is the heart of most Indian dishes.

It is a blend of whole spices lightly roasted and powdered. It is used specifically for biryani. The masala powder adds not only a flavour but also a faint aroma that is required in a perfect biryani. The blend is similar to garam masala which means hot spices. It is not spicy but can add pungency or over flavour in particular dishes when not used in the right proportions.

Travancore Sambar is a vegetarian curry dish served along with rice. It is a traditional Kerala recipe. Travancore Sambar with idlies or dosas makes a good combination for a quick breakfast.

Nirapara Vegetable Masala- is finely blended, so you can enjoy the spicy flavours of this vegetable curry.

Sit back and savour the taste of home-made Iyengar sambar, All with Nirapara Foods' signature recipe, made the authentic Hindu Brahmins way. Garnish it with finely chopped coriander leaves and enjoy it with Rice, Dosa or Idli. 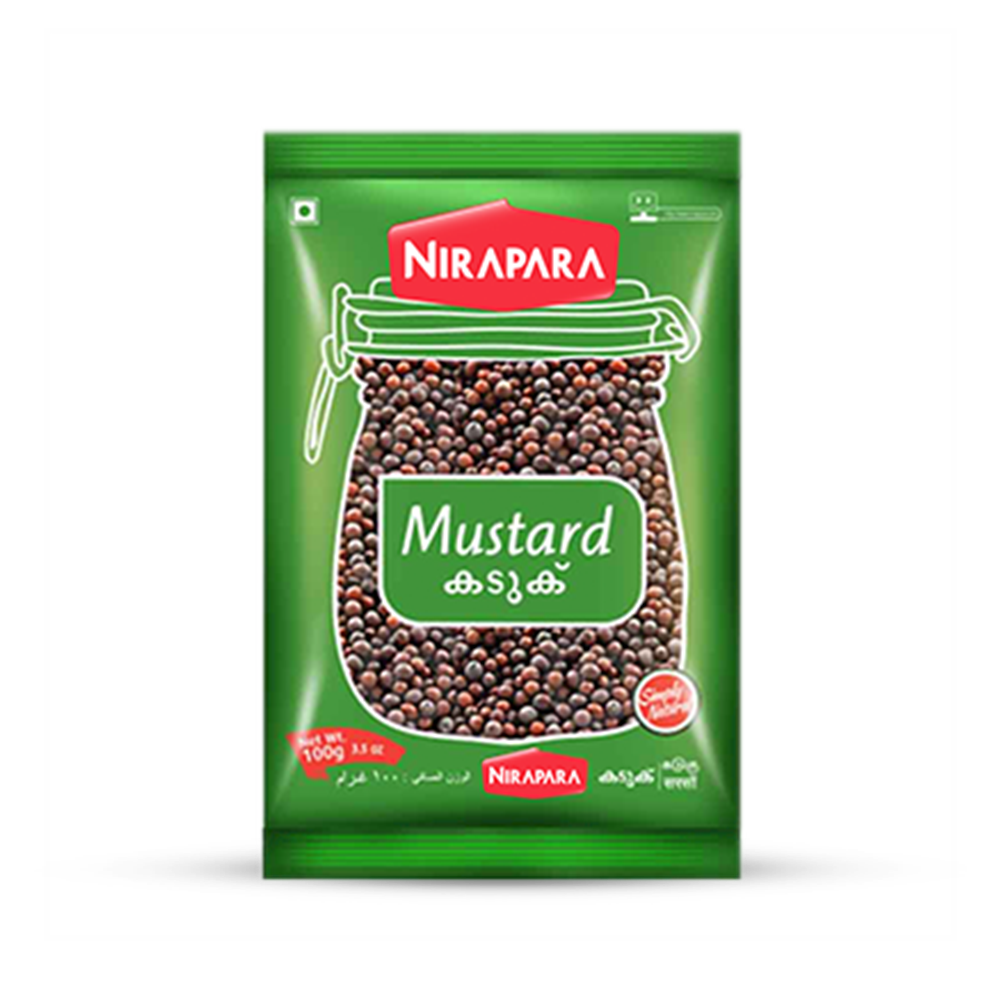 Mustard seeds or mustard powder can be used as a condiment in a variety of dishes. They are important spices in many regional foods. Mustard seeds are an excellent source of selenium and a very good source of manganese.It have a lot of antibacterial and antiseptic qualities. They are also a good source of omega-3 fatty acids, magnesium, phosphorus, and tryptophan. 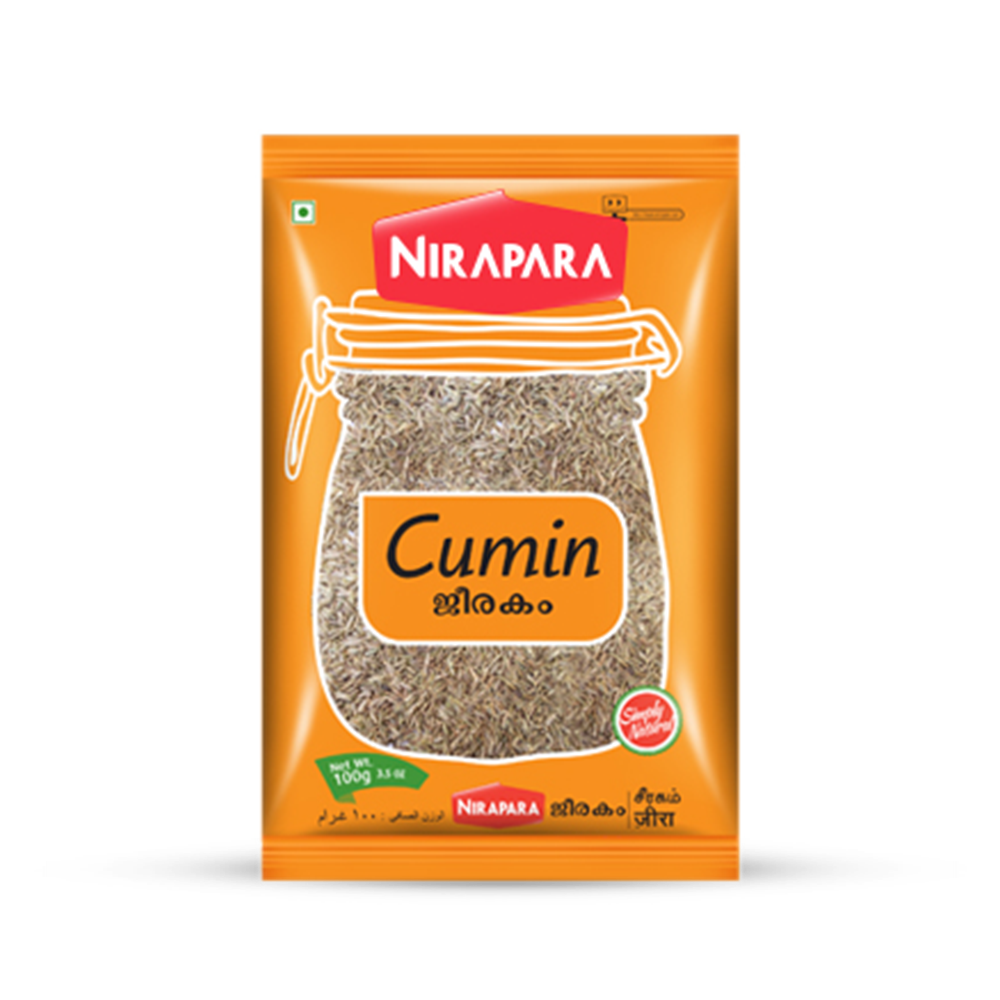 In the culinary arts, Cumin is a spice made from the dried seed of a plant known as Cuminum cyminum A member of the parsley family. Although the small cumin seed looks rather unassuming, it packs a punch when it comes to flavor, which can be described as penetrating and peppery with slight citrus overtones. Cumin seeds are used as a spice for their distinctive flavor and aroma. Cumin commonly used in the north flavoring dals and vegetables. It is globally popular and an essential flavoring in many cuisines, particularly South Asian, Northern African and Latin American cuisines. Although cumin seeds contain a relatively large percentage of Iron, extremely large quantities of cumin would need to be consumed for it to serve as a significant dietary source.

Recipes You Must Try 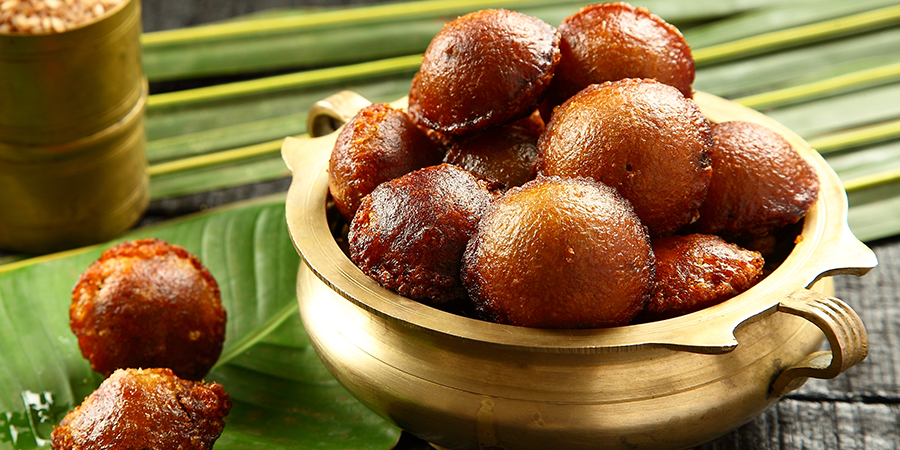 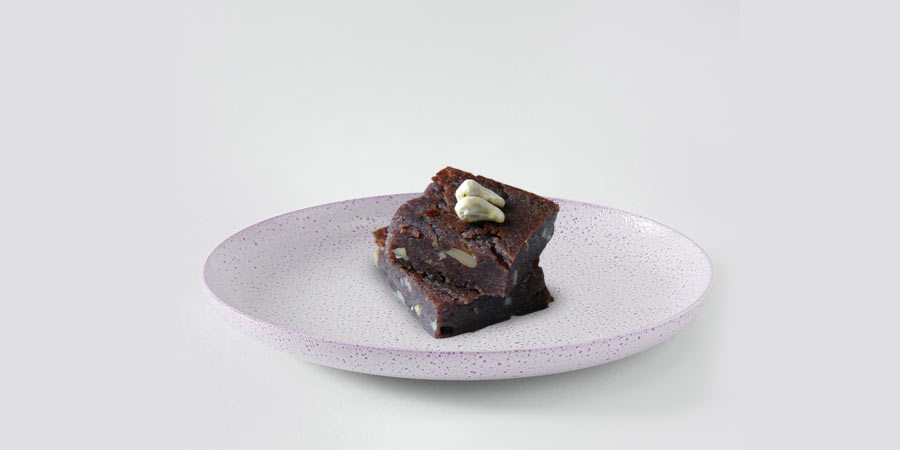